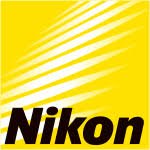 https://radiotvcentre.pk/ offers the best D7500 Nikon DSLR Camera at the best price in Pakistan with quick delivery service to all over Pakistan. So why wait? Just place your order now before it gets out of stock.

Bring your creativity to life with the new D5600. It features 24.2 effective megapixels, an EXPEED 4 image-processing engine, and an ISO range of 100-25600 that captures beautiful and vibrant imagery, Full HD videos and time-lapse movies even in low light situations. Inspiration also comes easy when you discover new perspectives with the vari-angle LCD monitor and intuitive touch interface. With Bluetooth® and the Nikon SnapBridge app*1 for automatic transfer of images to your compatible smart devices*2, the D5600 is perfect for the connected world.

Sharing your moments as they happen without missing a beat is effortless with the D5600. With a one-time setup through the free SnapBridge*1 app, the D5600 wirelessly connects to your compatible smart device*2 via the built-in Wi-Fi®, Bluetooth®, or NFC*3. The app maintains a constant connection, while automatically syncing still images for seamless online sharing. You can also use your smart device as an external monitor and shoot remotely*4 for instances when you want to be in the picture.

Capture amazingly sharp and tonally-rich images and videos with the D5600’s DX-format CMOS image sensor, designed without an optical low-pass filter to bring out the full resolving power of its 24.2 effective megapixels. Its EXPEED 4 image-processing engine also works to improve overall speed and performance in a variety of shooting situations. In dimly lit environments, the D5600’s wide standard ISO range of 100 to 25600 allows you to achieve crisp and sharp images in which noise is effectively suppressed.

Be it a look, a smile, or a candid expression, the D5600 captures all these emotions in vivid detail with a high-speed continuous shooting rate of approximately 5 frames per second*5. The 39-point autofocus (AF) system covers a wide area of the frame to keep track of your subjects with remarkable precision.

Enjoy ease-of-use and intuitive control with the D5600’s touch interface. Scroll through images swiftly with the all-new frame advance bar, or easily trim an area of the image by pinching it out. The touch Fn feature lets you make adjustments to a pre-assigned camera setting using your thumb, without looking away from the viewfinder, including auto sensitivity control on/off switching.

Designed for portability, this lightweight camera features an innovative monocoque structure that is strengthened with a carbon-fiber composite material for outstanding durability. With a long-lasting battery life that packs 970 shots per charge*6, this camera is undoubtedly your perfect travel companion.

The possibilities are endless with the D7500 Nikon DSLR Camera versatile compatibility with an ever-expanding range of NIKON lenses and accessories. No matter the subject or scene, there is a NIKON lens manufactured to the highest standards of optical quality, to suit all of your expressive photography needs.

Movie transfers are only possible with smart devices that support Wi-Fi.

*4 Remote shooting with SnapBridge uses Wi-Fi and is only possible with smart devices that support Wi-Fi. Activating Wi-Fi may require some time. Communication distance is approx. 10 m/32 ft, though may vary with signal strength and the presence or absence of obstacles.

*5 Based on CIPA Guidelines.

*6 Based on CIPA Standards. When Bluetooth and Wi-Fi are not used and using the viewfinder during photo taking.